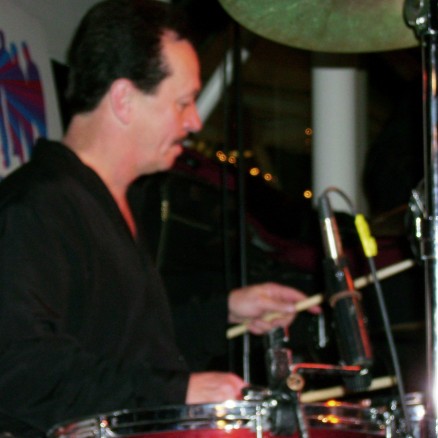 Vance Gordon, a Maine native, grew up in East Bridgewater, Ma. His roots in a musical family are mostly from his mothers influence, G.L. Thompson, a renowned jazz vocalist. As kids, Vance and his brothers imitation of the Beatles and Motown groups in the garage, developed into a blossoming career in music. He has studied with Eduardo Uribe at Berklee College of Music and many other further studies and performances in New York and L.A. Vance also studied music at Lynchburg College in Virginia. While there, he played regularly with a gospel choir and band.

Vance is a now a sought out drummer – in – demand, drum teacher for hundreds of Berklee students, children and adult professional players as well. He is also author of ” Motion Techniques for the Bass Drum” and is a drummer for Boston’s Cybersound Recording Studio on Newbury St. Vance’s notoriety has earned him an endorsement with the famous “Sabian Cymbal” company!

Vance has toured with major artists throughout Mexico, the US and Canada while playing various R&B, Latin, Funk, Rock and Disco bands. While on tour, the drummer of earth Wind and Fire, shared Vance’s drum set on stage! With all of this experience under his belt, he plays from the heart and his thumping beat a force to be reckoned with.